Processing and finishing of steel bars

Classical and CNC processing of products made of steel

Ravne na Koroškem, 23 July 2021 – Practically at the same time as the Olympic flame was lit in Tokyo, the Slovenian torch was already at its last stop. In less than three months, the Slovenian torch visited each of the 212 Slovenian municipalities as part of a remarkable project by the Olympic Committee of Slovenia – Association of Sports Federations and Partners. The Slovenian Torch has truly been a unique promotion project.

The Slovenian torch concluded its journey in Ravne na Koroškem, the same place where it was born three months ago – at the SIJ Metal Ravne steel plant. Petra Majdič, ambassador of the SIJ Group Mind of steel project, gave the torch a mind of steel and handed it over to Urška Žolnir Jugovar, ambassador of the Slovenian Torch project, who made sure that the flame of the torch never went out.

With an ascent to Mount Triglav, Slovenia’s highest peak, the Slovenian torch began accumulating kilometers and connecting torch bearers all over Slovenia. Each of them received a commemorative Mind of steel bracelet. The reactions of the participants as well as of all the municipalities and sponsors of OCS – ASF are proof of the success of the project, which OCS – ASF used to promote Olympism and the Olympic Games, on the one hand, and to spread good spirits among people and put smiles on the faces of thousands of torch bearers and runners in these uncertain times, on the other. On the last day of journey of the Slovenian torch, the visitors were welcomed by the Mayor of Ravne na Koroškem, dr. Tomaž Rožen, and Olympians of the Koroška Region – Tjaša Oder, Damir Dugonjič, Mirko Bauče, Mojca Sagmaister and Štefan Robač.

The Slovenian torch visited all 212 Slovenian municipalities in 82 days. The torch made of SIJ Group recycled steel and beech wood received a warm welcome everywhere it went. The torch faced weather-related challenges several times; in May, it often got soaked, and in June, a heat wave made it sweat. However, neither strong winds in the Gorizia Hills nor a hail the size of marbles in the Rába Valley had been able to stop the torch bearers. There were many ideas and initiatives coming from the municipalities. The torch thus explored Slovenia by various forms of transport; it rode in a car, a truck, a tractor, a wagon, a carriage, on skis, as well as on a train, a plane and a parachute.

It sailed on Slovenian rivers, lakes and the sea; on a sailboat, kayak, canoe, raft, ferry, and of course it rode on a horse, bicycle, roller skates, in a go-cart, it went ski jumping and even climbing. It swayed on the rivers Sava, Drava, Soča, Krka, Mura, Savinja, Sotla and Kolpa, went parachuting several times, descended into beautiful Slovenian caves – from the Postojna and Škocjan caves to the Županova and Gradišnica caves, touched Slovenia's lowest point – the depths of the Adriatic located 38 meters below sea level in the Gulf of Piran, and visited three communities of Slovene minorities, as it jumped across the border to visit Triest, Felsőszölnök and Loibl Pass. It cheered up the Romani people in Pušča, the only European Romani local community, as well as the owners and directors of many Slovenian companies, almost all mayors and mayoresses, many para-athletes, children with special needs, etc. Among the torch bearers were also dozens of members of fire brigades, caving, equestrian, canine and other associations, nursing home residents and members of pensioners' associations, as well as top athletes – from Olympic gold medalists to promising young talents of Slovenian sport. A regular in the journey of the Slovenian torch was Olympic gold medalist Urška Žolnir Jugovar, who travelled and ran with the torch all across Slovenia, accumulating quite a number of kilometers.

Along its route, the Slovenian torch also visited companies of the SIJ Group: On 12 May, it visited our SIJ staff in Ljubljana, on 12 July, it payed a visit to our companies in the Gorenjska Region – SIJ Acroni, SIJ Elektrode Jesenice and SIJ SUZ, and on the last day of its journey it returned to its place of birth - to our companies in the Koroška Region – SIJ Metal Ravne, SIJ Ravne Systems and SIJ ZIP center. On this part of the journey, its faithful companion was our Petra Majdič.

Among the bearers of the Slovenian torch were also members of clubs sponsored by the SIJ Group.

In the past three months, the SIJ Group was particularly proud of the cooperation with OCS – ASF, which gave birth to a remarkable idea of transferring the symbolism of connectedness and unity to national levels in these challenging times.

More than 700 paralympians, para-athletes, people with intellectual disabilities and children with special needs among the torch bearers

The youngest bearer (in his mother's arms) was 28 days old, the oldest bearer was 92 years old

More than 8,000 photos in the municipalities' photo galleries on bakla.olympic.si

SIJ Group is the largest vertically integrated metallurgical group in Slovenia and a market leader in European and global niche steel markets. It is among the ten largest corporate groups, five largest exporters and one of the most important employers in Slovenia. 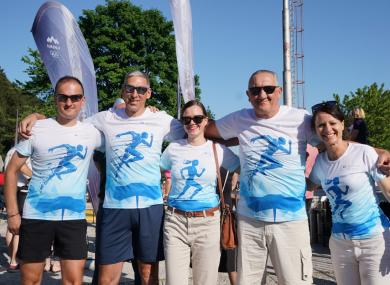 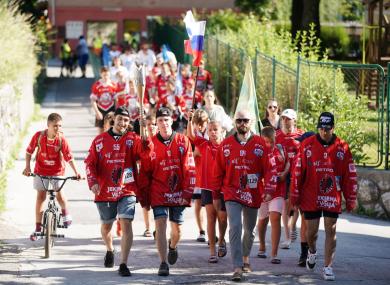 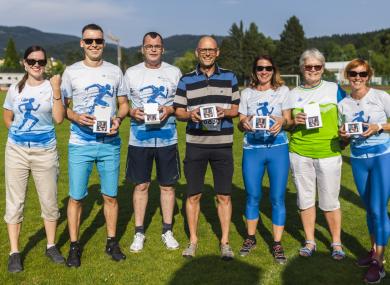 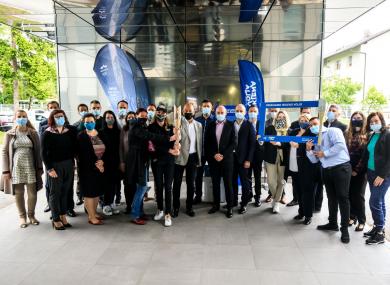 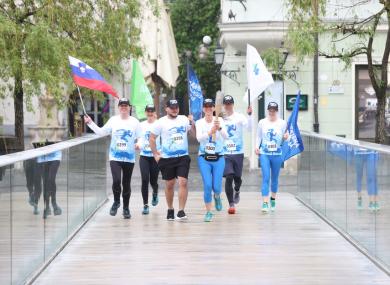 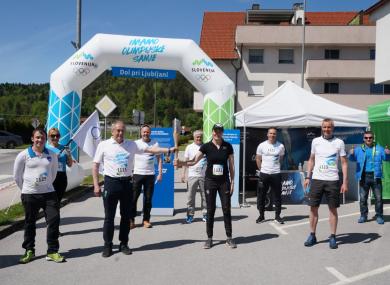 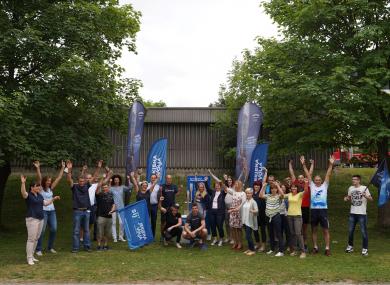 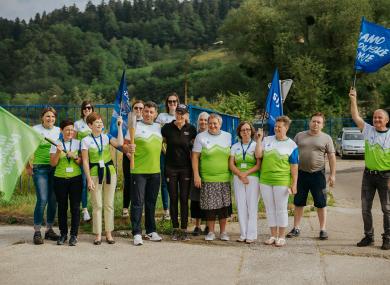 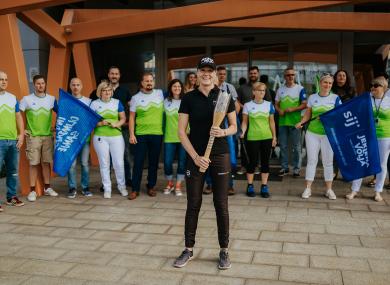 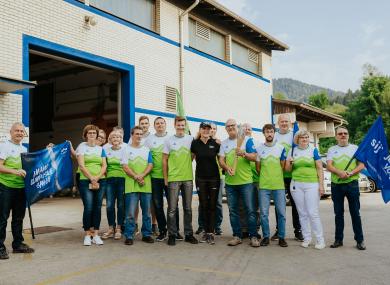 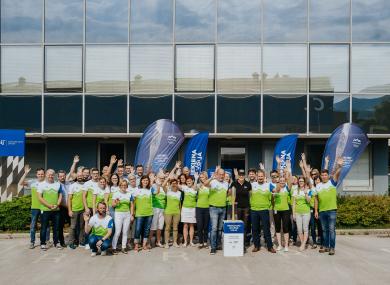 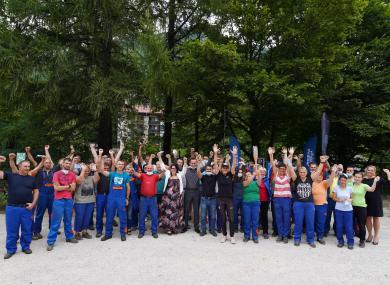 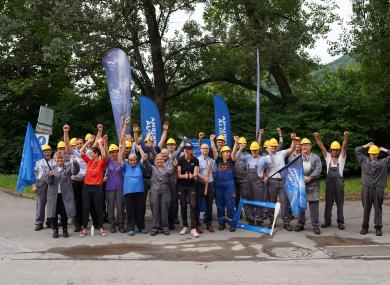 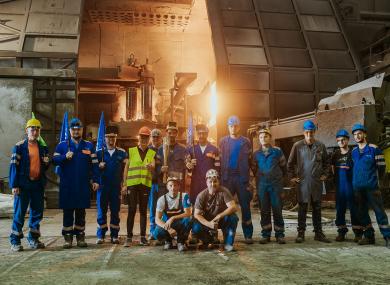 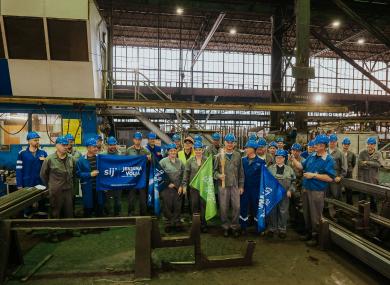